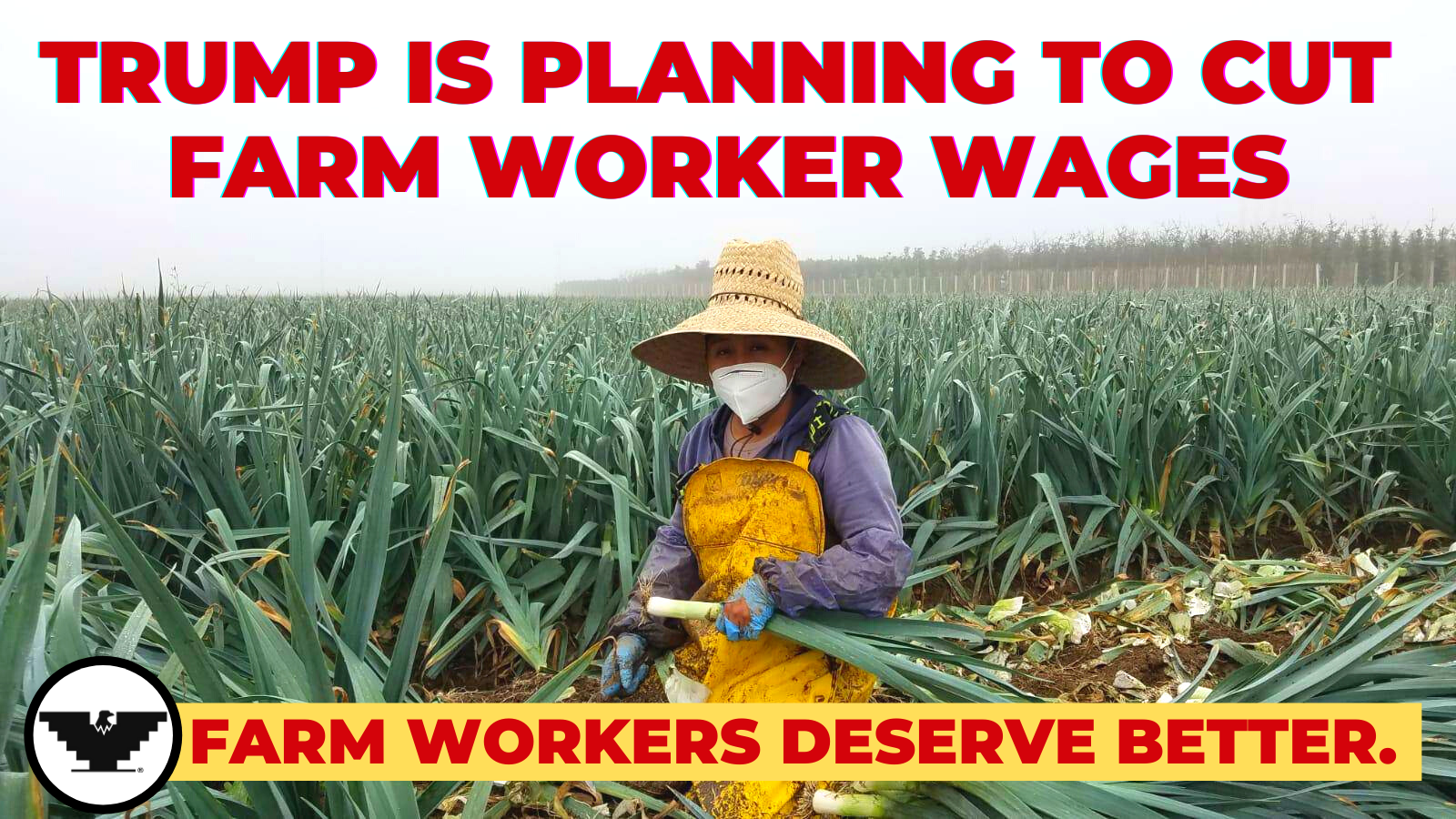 A day after Donald Trump refused to reject white supremacists in his debate with Joe Biden, his administration proposed reducing pay for U.S. farm workers who are mostly Latino immigrants in the middle of a pandemic when field laborers must do their jobs because they are deemed essential workers. The United Farm Workers and UFW Foundation condemn the Trump plan to cut wages for farm workers.

“When most Americans were told to stay home to safeguard themselves and their families, federal, state and local governments told farm workers to report to work as usual,” stated UFW Foundation Executive Director Diana Tellefson Torres. “Instead of providing genuine COVID-19 protections, paid sick leave and hazard pay to field workers, Trump now proposes cutting their wages in the middle of a pandemic that is afflicting them at alarming and increasing rates. Farm workers are especially vulnerable to the virus because they must often live, commute and labor in overcrowded and unsanitary conditions.”

“How ironic that this farm worker pay-cutting scheme is announced the morning after the man who has built his political career on vilifying Latino immigrants rejected condemning white supremacy during his debate with Joe Biden,” said United Farm Workers President Teresa Romero. “Is this how we treat our essential workers?” Trump would also personally benefit from his proposed rule change by paying less to farm workers employed in his Virginia vineyards.

The federal Adverse Effect Wage Rates (AEWR) are minimum rates that must be paid by employers to H–2A agricultural guest workers so the wages and working conditions of domestic U.S. workers are not adversely affected by growers who could otherwise use foreign laborers who they can pay less. AEWRs are based on the average combined gross wage for field and livestock workers in the region based on the U.S. Department of Agriculture’s National Agricultural Statistics Service’s Agricultural Labor Survey and Farm Labor reports. Trump wants to suspend the USDA survey and reports starting as soon as October. Eliminating this data would allow employers to reduce the pay for both foreign and domestic farm workers.

Public notice of this change is available in a federal register notice here.