The UFW Foundation and United Farm Workers have also partnered with local food banks and pantries to distribute close to 11,000 food relief boxes or bags. Due to shortages some food banks have been experiencing from high demand, UFW Foundation also purchases food commodities to augment what is provided by food banks or other donors. Volunteers and staff handle the meal and food-box dispersals for which long lines of people on foot or in cars wait to pick up the bags or boxes as they drive or walk by distribution sites. The food-box distribution sites are located in farm worker communities, including Oxnard, the Salinas area, the southern Tulare County farm towns of Farmersville, Lindsay, Goshen, and in Kern County.

Nate Mook, chief executive officer of World Central Kitchen, said, “This is a big milestone, a moment to commemorate and to reaffirm our commitment to the farm worker communities of rural California. It's been an honor to work alongside the UFW and UFW Foundation to keep the farm workers of California fed. They're the ones at the heart of the nation's food system, the ones who are too often forgotten about. If together we keep them nourished and at the same time support dozens of hardworking restaurants up and down the state, that's something to be proud of.”

Diana Tellefson Torres, executive director of the UFW Foundation says, “Providing meals for the very people who feed this nation is at the heart of this collaboration—we want to ensure dignity for farm worker communities. We look forward to continuing to provide meals for thousands of farm worker families in rural California in the coming weeks who are struggling due to the ongoing pandemic.”

Teresa Romero, president of the United Farm Workers, stated, “Essential farm workers continue putting food on our tables, but they too often can’t feed their own families. In addition to food distributions, we will also keep pushing for urgently needed remedies such as the two weeks of paid sick leave for all American farm workers that we helped convince Governor Gavin Newsom to order in California plus national employer implementation of effective protective and social distancing practices in the fields.” 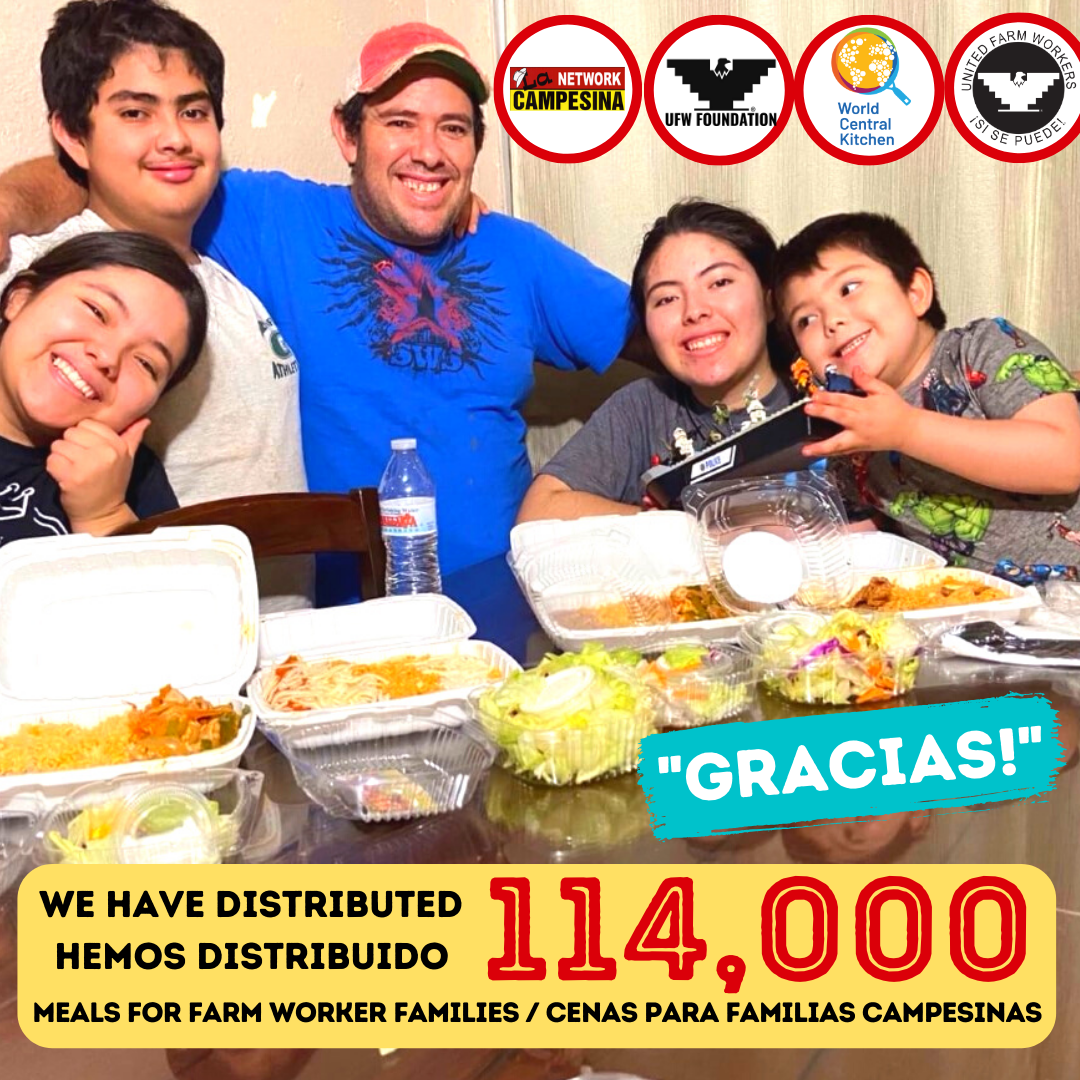