On May 1, 2015, new heat regulations went into effect for all employees that work outside throughout the state of California.

Some of the new regulations are listed below- 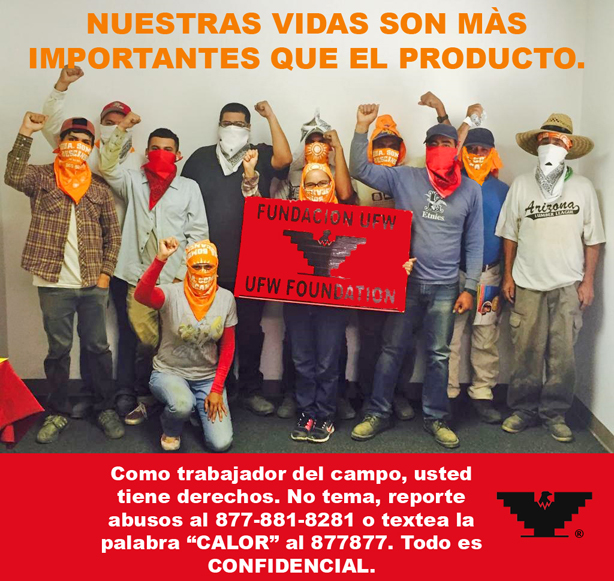 In brief, Assembly Bill 1066, the Phase-In Overtime for Agricultural Workers Act of 2016, will phase out – over a 4-year period – the agricultural worker exemption from California’s overtime requirements for work exceeding 8 hours in a single day and 40 hours in a workweek, beginning in 2019.

AB 1066 authorizes the Governor to temporarily suspend a scheduled phase-in of overtime, starting in 2019 until full implementation of phase-in overtime requirements or January 1, 2022, whichever comes first, if the Governor suspends minimum wage increases based on economic conditions.

Unfortunately, the FLSA failed to include agricultural workers throughout the United States. However, as with all provisions of the FLSA, states are allowed to exceed the requirements laid out in the FLSA.

Currently, agricultural workers are eligible for overtime compensation for all hours worked over 10 hours in any workday and for the first 8 hours on the 7th day of work.

AB 1066 will remove the exemption for agricultural workers that excludes them from the daily and weekly overtime requirements, which requires overtime compensation for working in excess of 8 hours in one workday or 40 hours in a workweek.

The implementation of the updated overtime eligibility for agricultural workers will be phased-in throughout a 4 year span from 2019 to 2022.

Additionally, the Governor can choose to suspend any scheduled phase-in starting in 2019 for one year based on economic conditions, which is consistent with the scheduled minimum wage increases. It is time for California to support and extend fair overtime compensation to hundreds and thousands of agricultural workers, which continue to serve an important role in our State’s economy. Agricultural workers will join the millions of Californians that already benefit from the same protections that AB 1066 seeks to provide.

* AB 1066 authorizes the Governor to temporarily suspend a scheduled phase-in of overtime, starting in 2019 until full implementation of phase-in overtime requirements or January 1, 2022, whichever comes first, if the Governor suspends minimum wage increases based on economic conditions.

YOU HAVE THE RIGHT TO:

YOUR RIGHTS BEFORE AN ELECTION

In addition to the basic rights which you always have, you also have the right to:

YOUR RIGHTS AFTER AN ELECTION

Following an election in which a majority of your fellow employees voted for a union, and the ALRB certifies the election, negotiations for a collective bargaining contract can begin.

HOW TO PROTECT YOUR RIGHTS

No employer or union can prevent you from exercising your rights.

AFTER A CHARGE IS FILED

After an unfair labor practice charge is filed and investigated:

THE MISSION OF THE ALRB The Agricultural Labor Relations Act (ALRA or Act) was enacted for the purpose of providing a process for the peaceful and orderly resolution of agricultural labor disputes. The ALRB believes that the resolution of disputes at the earliest stages best serves both labor and growers.

To file a charge or have you some questions about your rights us or call the nearest ALRB office.