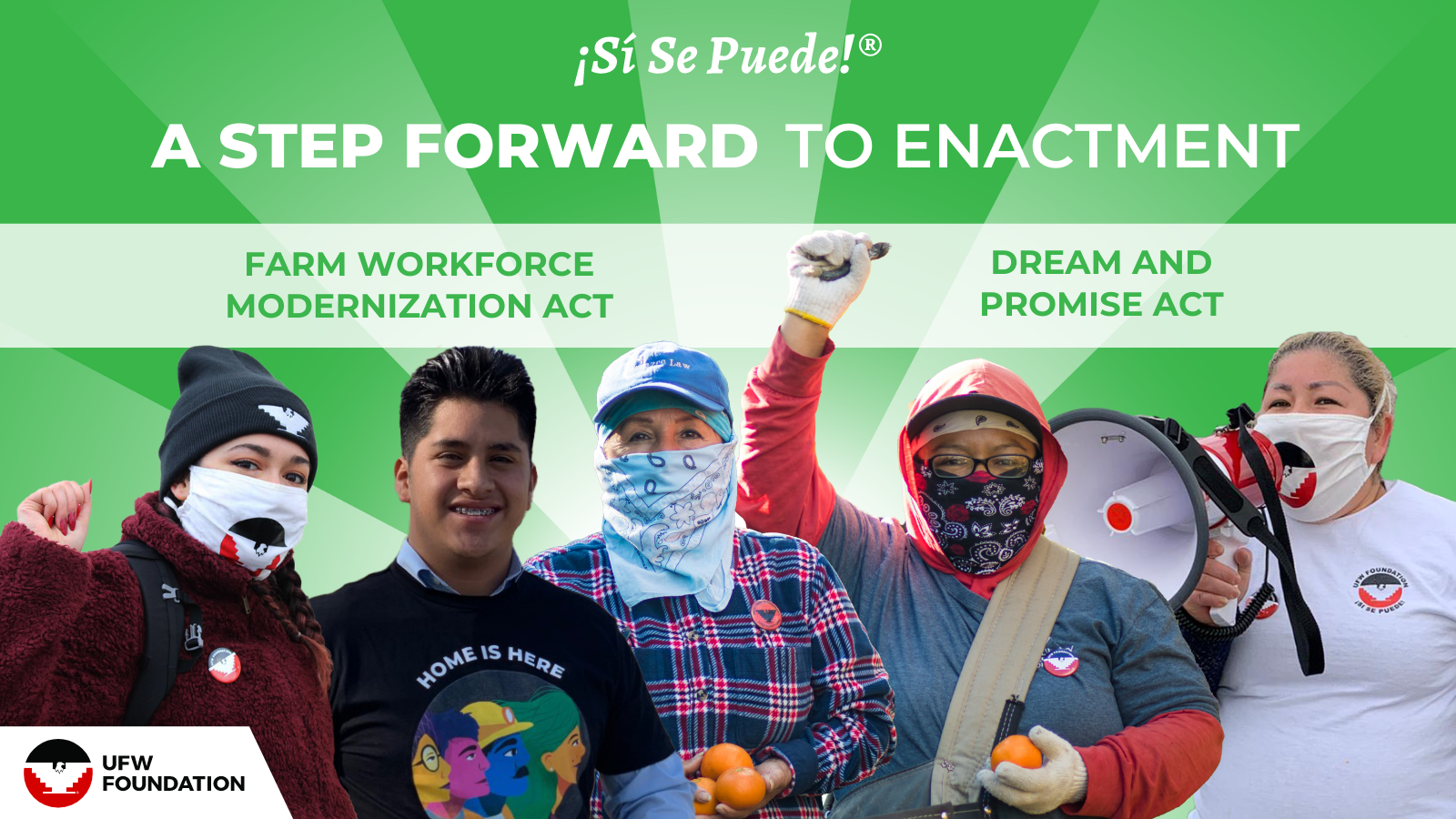 The Farm Workforce Modernization Act would put farm workers and their immediate family members on a roadmap to citizenship and protection from the constant threat of detention and deportation. The bipartisan effort was crafted during a series of delicate negotiations between lawmakers from both parties, the UFW, UFW Foundation, Farmworker Justice and a large number of national grower associations.

“This bipartisan bill would give farm workers and growers what they say they most need and want,” said UFW President Teresa Romero. “Farm workers with work histories would immediately get legal status and win emancipation from pervasive fear so they can be free women and men. Growers would immediately get a legal and stable work force. Now both sides must work together to turn these goals into reality by passing the legislation through the House and the Senate.”

“The Farm Workforce Modernization Act would make a substantial difference in the everyday lives of countless farm workers,” according to UFW Foundation Executive Director Diana Tellefson Torres. “How can we call farmworkers essential to the nation’s food security yet deny them permanent protection from deportation? This bipartisan legislation addresses this cruel irony and would empower farm workers to enforce their rights and transform their lives.”