Bakersfield, Calif.—The United Farm Workers and the UFW Foundation are joining in launching “We Are Home,” a nationwide campaign urging incoming President-elect Joseph R. Biden to reverse Donald Trump’s anti-immigrant policies. In partnership with the Coalition for Humane Immigrant Rights (CHIRLA), the UFW and UFW Foundation are hosting a rally and news briefing at 1 p.m. on today (Tuesday) outside the Bakersfield district office of Rep. Kevin McCarthy, a consistent apologist for what farm workers see as Trump’s cruel and racist immigration agenda.

The campaign focuses on three primary goals—undoing Trump administration policies such as family separation, building a new immigration system that gives immigrants the ability to apply for permanent legal status and passing federal legislation that creates a roadmap to citizenship for millions of undocumented immigrants. In California, the UFW Foundation is also a part of the Yes, Immigrants Forward campaign, which also focuses on passing permanent protections from deportations for undocumented immigrants on a regional scale. UFW Foundation is the largest provider of immigration legal services in rural California.

What: Rally, news briefing and car caravan to Rep. Kevin McCarthy’s office launching in Bakersfield the national We Are Home campaign and the statewide Yes, to Immigrants Forward effort. 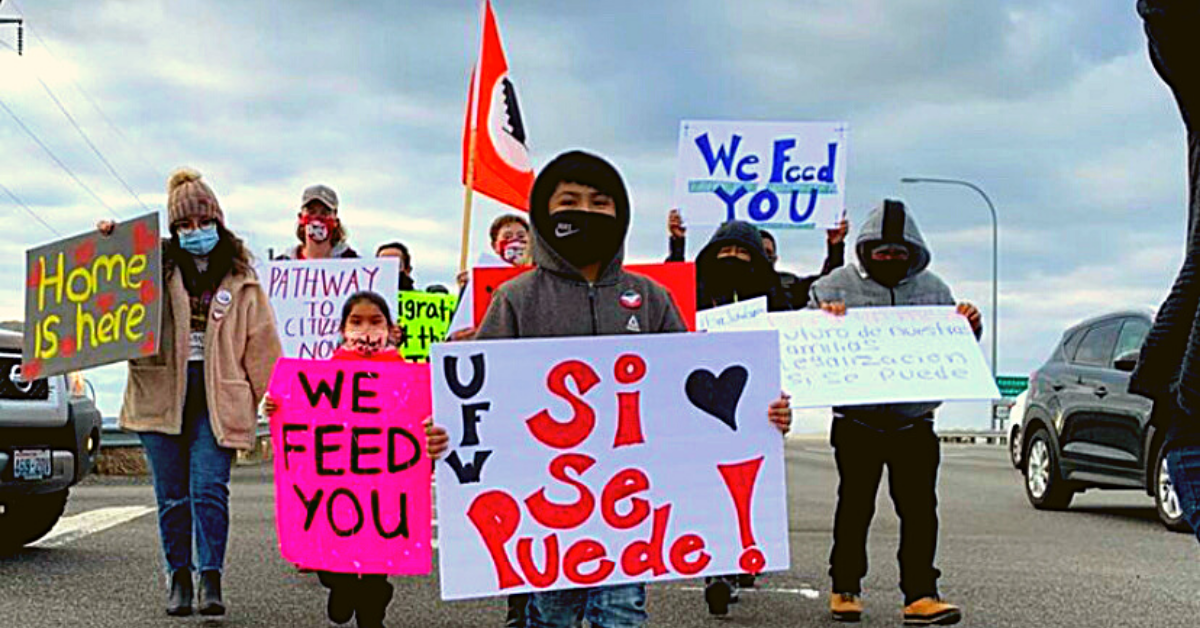