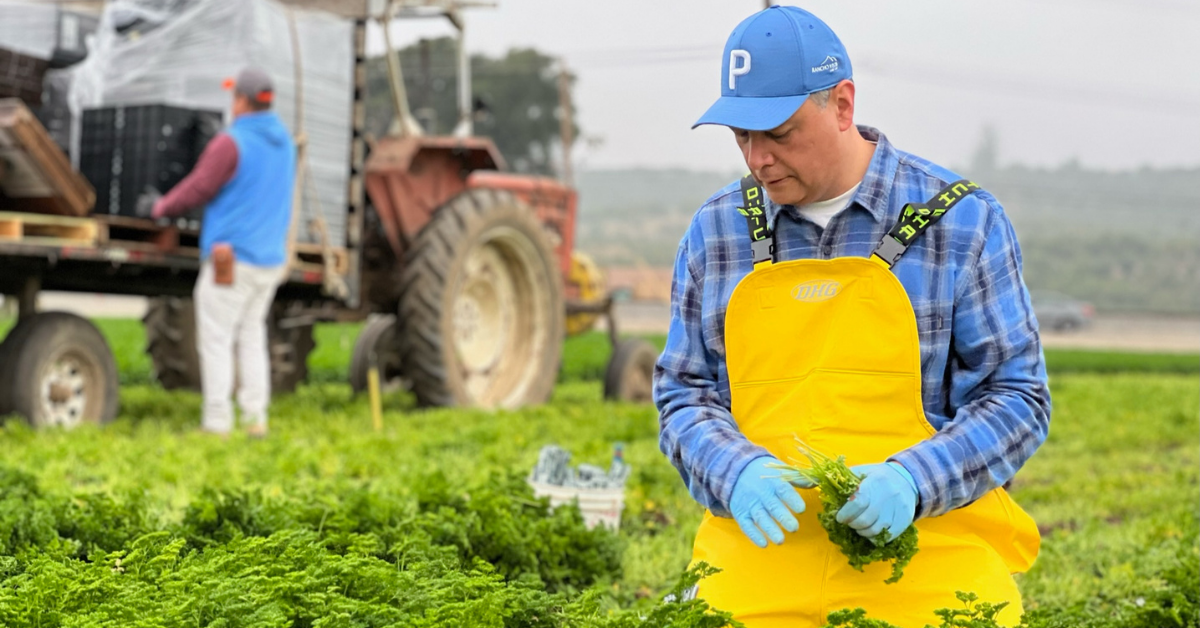 MOORPARK, CALIF.—California’s Alex Padilla became the first United States senator to work alongside farm workers as part of the United Farm Workers’ and UFW Foundation’s “Take Our Jobs” campaign. With immigration reform now stalled in Congress, especially in the Senate because of the filibuster rule, last September professional farm workers invited all 100 U.S. senators to work a day with them in the fields before they decide on immigration reform.

At a vegetable company under UFW contract in Moorpark, Sen. Padilla harvested radishes and parsley. Photos and video of the senator working are available here.

“Today I experienced just a small taste of the demanding work that farm workers do every day to keep millions of families in America fed,” said Senator Padilla. “I was here for just one day, but the people I worked alongside are here every day toiling, often under the hot sun, to make sure there’s food in our stores and on our tables. Farm workers are essential to the success of our country. That’s why I’m fighting to fix our immigration system and to provide immigrant farm workers the pathway to citizenship they have earned.”

“I am glad Senator Padilla took the opportunity to come and work alongside incredibly skilled farm workers like those he met today,” said UFW President Teresa Romero. “Farm workers have done the skilled and often grueling work to keep our food supply stable crisis after crisis. The Senate needs to work just as hard for them. I hope more members of Congress accept our invitation to join us in the fields and see for themselves just how much skill this difficult work requires.”

“We applaud Senator Padilla for going as far as walking in the shoes of farm workers for a day,” added UFW Foundation Executive Director Diana Tellefson Torres. “We hope this day will shine a light on how hard farm workers toil day in and day out to feed all of us and how deserving they are of permanent immigration status. Congress needs to find a solution to protect farm workers from deportation this year.”

The bipartisan, farm worker-and employer-negotiated Farm Workforce Modernization Act would allow undocumented farm workers to earn the right to permanently stay in this country by continuing to labor in agriculture. The Farm Workforce Modernization Act last passed the U.S. House of Representatives in 2021, with 30 Republican votes—the most bipartisan support for any immigration bill in years.

The “Take Our Jobs” campaign was first launched in 2010, with more than four million Americans visiting a website set up by the union. The UFW offered to link unemployed persons during the 2008 recession with jobs in agriculture near their homes anywhere in America. Out of the four million-plus who visited the site, only 11 people responded to the UFW’s offer to work in the fields. Comedian and now Late Show host Stephen Colbert featured Take Our Jobs in three segments of his then-Comedy Central show and worked a day in the fields himself. See here and here and here. Colbert proceeded to testify out of character before a U.S. House immigration subcommittee.